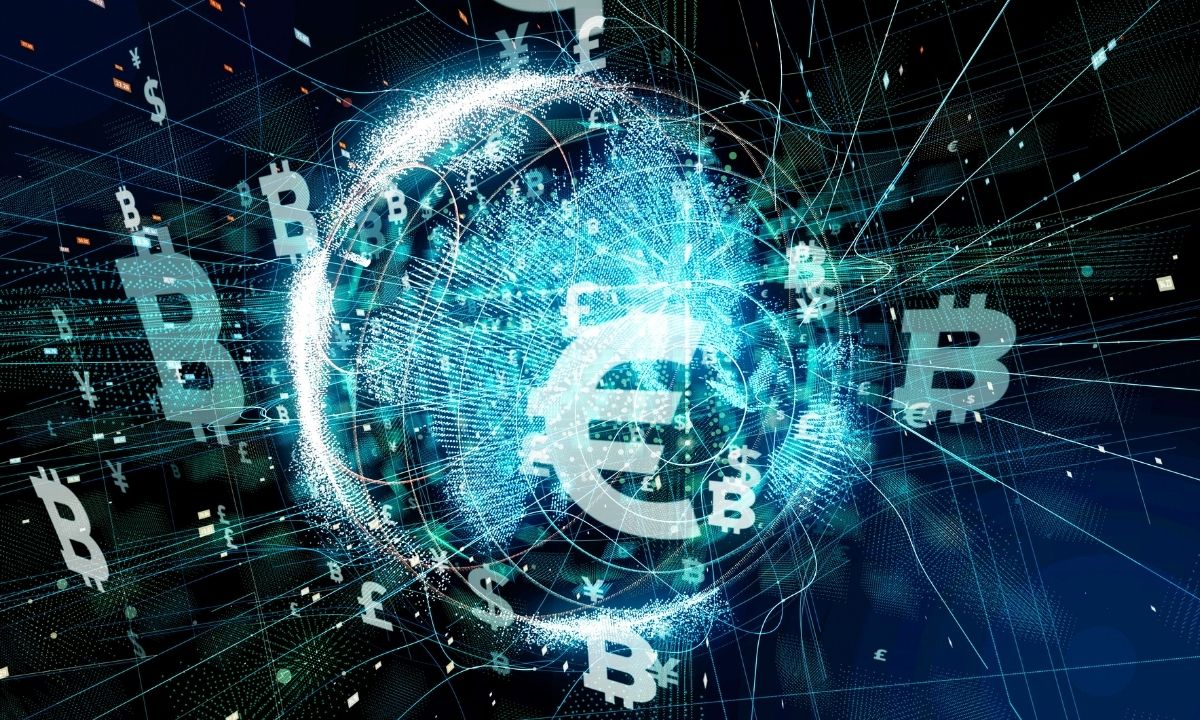 Cryptocurrencies are digital or virtual currencies that use cryptography to secure their transactions and to control the creation of new units. Cryptocurrencies are decentralized, meaning they are not subject to government interference or manipulation. This makes them theoretically immune to censorship by governments or seizure.

Cryptocurrencies are digital systems that use secure payments to allow for transactions online. These transactions are measured in terms of “virtual tokens,” represented by entries in the system that are encrypted using various algorithms and techniques. The encryption technologies that keep these records secure are known as “crypto.” Elliptical curve encryption, public-private key pairs, and hashing algorithms are all examples of encryption methods.

Bitcoin was the first cryptocurrency and is still the most widely used and valuable. Today, there are thousands of alternative cryptocurrencies with varied purposes and requirements. Some are clones or forks of Bitcoin, while others are entirely new currencies.

Satoshi Nakamoto, a pseudonym for an individual or group that invented bitcoin, introduced the cryptocurrency on January 3, 2009. There were over 18.8 million bitcoins in circulation by November 2021, with a market capitalization of about $1.2 trillion. The number is updated regularly. Only 21 million bitcoins will ever be created, ensuring against inflation or manipulation.

So, to be honest, there are a lot of other currencies that are using the blockchain to make things quick and easy. These altcoins include Litecoin, Solana, Ethereum, Cardano, and EOS. By November 2021, the combined value of all cryptocurrencies will be more than $2.4 trillion — Bitcoin presently accounts for around 42% of the entire value.

Advantages And Disadvantages Of Cryptocurrency

Cryptocurrencies have the potential to make it easier for people to transfer money directly to each other without the need for a third party. This is done through the use of public and private keys and different incentive systems like Proof of Work or Proof of Stake.

Cryptocurrency may seem like a great way to make your transactions as private as possible. But it’s not all good, especially when you’re trying to hide something illegal. Some people say that the only major downside is that it can’t be traced. Others disagree and say this is a pro since it protects whistleblowers and activists from repressive governments.

Bitcoin is a cryptocurrency that’s been around for a while now. While it’s not the best choice for doing illegal business online, other, more privacy-oriented coins like Dash, Monero, and ZCash are far more difficult to trace.

Blockchain technology is at the heart of Bitcoin and other digital currencies’ popularity. It’s used to maintain an online ledger of all transactions that have ever been conducted, which gives a data structure for this ledger that is highly secure and agreed upon by the network as a whole. Every new block starts with the validation of previous blocks. It’s nearly difficult to fabricate transaction histories due to this procedure, making it almost impossible to forge.

Blockchain technology is being seen as promising in areas like crowdfunding and online elections, with major financial institutions such as JPMorgan Chase (JPM) believing it can lower transaction costs by speeding up payment processing. Cryptocurrencies are important and are not stored on a central database. So if your hard drive is lost or destroyed, your cryptocurrency balance can be wiped out. However, because no central authority, government, or corporation has access to your funds or personal information, it’s a very secure way to conduct transactions.

Are Cryptocurrencies Going To Replace Cash?

Bitcoin was dubbed the undisputed leader of the cryptocurrency industry at its outset. Bitcoin had dominated the sector’s market capitalization until early this year, when Ethereum, Ripple, and other currencies quickly crowded to catch up

While Bitcoin is still in control, some experts debate if cryptocurrencies are truly money because of their rapid changes. Some believe that even more significant changes are on the way. Among them is the notion that cryptocurrencies could eventually replace cash entirely.

Possible Advantages To A Crypto Future

Furthermore, cryptocurrencies may assist in eliminating intermediaries from regular transactions. This might save businesses money and benefit customers.

Naturally, there are numerous obstacles and worries associated with this option. Without a means of compensation, traditional currency values would suffer if cryptocurrencies outpace cash in terms of usage. If cryptocurrencies take over completely, new infrastructure would have to be built so that the world may adapt. There would undoubtedly be challenges with the change because funds might rapidly become obsolete, leaving some people with missing assets. Established financial institutions would have to adapt their practices quickly.

While many firms offered to accept Bitcoin back in the day, that list has steadily decreased as more people become skeptical of its use as a medium of exchange.

Aside from the impact of a cryptocurrency future on individual consumers and financial institutions, governments themselves would be negatively affected. Governmental control over major currencies is vital for many kinds of regulation, and cryptocurrencies will have considerably less government authority.

For example, governments cannot decide how much money to print in response to external and internal demands. Instead, the creation of new coins or tokens would be guided by independent mining operations.

Regardless of how individual investors feel about the prospect of a crypto-to-cash conversion, it is almost certainly beyond their control. Of course, predictions that the cryptocurrency sector is a bubble on the verge of popping may be exaggerated. Investors find it problematic that trends move quickly, much like other crypto-related things, and predicting them is always challenging.

What You Must Know Before Investing In Cryptocurrency

One of the most challenging tasks for investors interested in cryptocurrencies is not to be swept away by the hype. Many retail and institutional investors have seen digital currencies rapidly rise to prominence in their portfolios. Analysts have also warned investors about the unpredictability and volatility of cryptocurrencies while simultaneously recognizing that they are a “new asset class.”

Consider Why You Are Investing In Cryptocurrency

Before buying cryptocurrency, you should first ask yourself why you’re doing it. At this stage, there are several investment vehicles to choose from (many of which provide more stability and reduced risk than digital currencies).

Are you interested in cryptocurrencies for the sake of their popularity? Or do you feel compelled to invest in one or more specific digital tokens for a reason? Of course, each investor has their own set of personal investing goals, and delving into the cryptocurrency sector may be more sensible for some people than others.

Get A Feel For The Industry

Especially for individuals who are new to digital currencies, it’s critical to have a basic understanding of how the crypto world functions before investing. Take some time to familiarize yourself with the numerous available cryptocurrencies. It’s crucial to look beyond the most well-known cryptocurrencies, such as Bitcoin, Ether, and Ripple.

It’s also critical to learn about blockchain technology to understand how this cryptocurrency works.

Look into how the currencies in question utilize blockchain technology and whether they offer any unique features that set them apart from the competition. You’ll be more fully equipped to decide whether a prospective investment opportunity is worth it if you’ve learned more about cryptocurrencies and blockchain technology.

Join An Online Community To Learn More About Crypto

Because the digital currency sector is so popular, things move swiftly. One of the reasons for this is that there is a large and vocal community of cryptocurrency investors and enthusiasts interacting 24 hours a day, seven days a week.

Join this community to get up to speed on the latest cryptocurrency news. Reddit has become the central meeting point for crypto fans, but there are many other online communities with active discussions happening at any time.

The specifics of a digital currency, more than anything else, are crucial to learning about crypto. Take the time to look up a project’s white paper when you’re thinking about investing. It should be readily available (if it isn’t, think it’s an indication that the project isn’t sound).

The white paper is a project’s development team’s opportunity to describe the who, what, when, and why of their initiative. If something in the white paper appears to be lacking or incorrect, it might indicate fundamental flaws with the project.

Because cryptocurrencies’ market prices are based on supply and demand, the speed at which they can be exchanged for another currency might vary considerably, as many cryptocurrencies are in short supply.

Bitcoin’s price has fluctuated dramatically, rising to over $17,738 per Bitcoin in December 2017 and then dropping to around $7,575 per Bitcoin in the following months. According to some economists, two cryptocurrencies are a short-lived fad or speculative bubble.

There’s the worry that cryptocurrencies like Bitcoin aren’t anchored in anything tangible. However, some study has found that the cost of generating a Bitcoin, which requires ever-increasing amounts of energy, is proportional to its market price.

Although cryptocurrency blockchains are extremely secure, the rest of a cryptocurrency environment, such as exchanges and wallets, is not immune from hacking. Several internet exchanges have been hacked and looted in Bitcoin’s ten-year history, with millions of dollars worth of “coins” stolen on at least one occasion.

Despite this, many experts believe that cryptocurrencies may have several advantages. These include the ability to maintain the value against inflation and allow for easier exchange and division than precious metals, as well as being independent of central banks and governments.