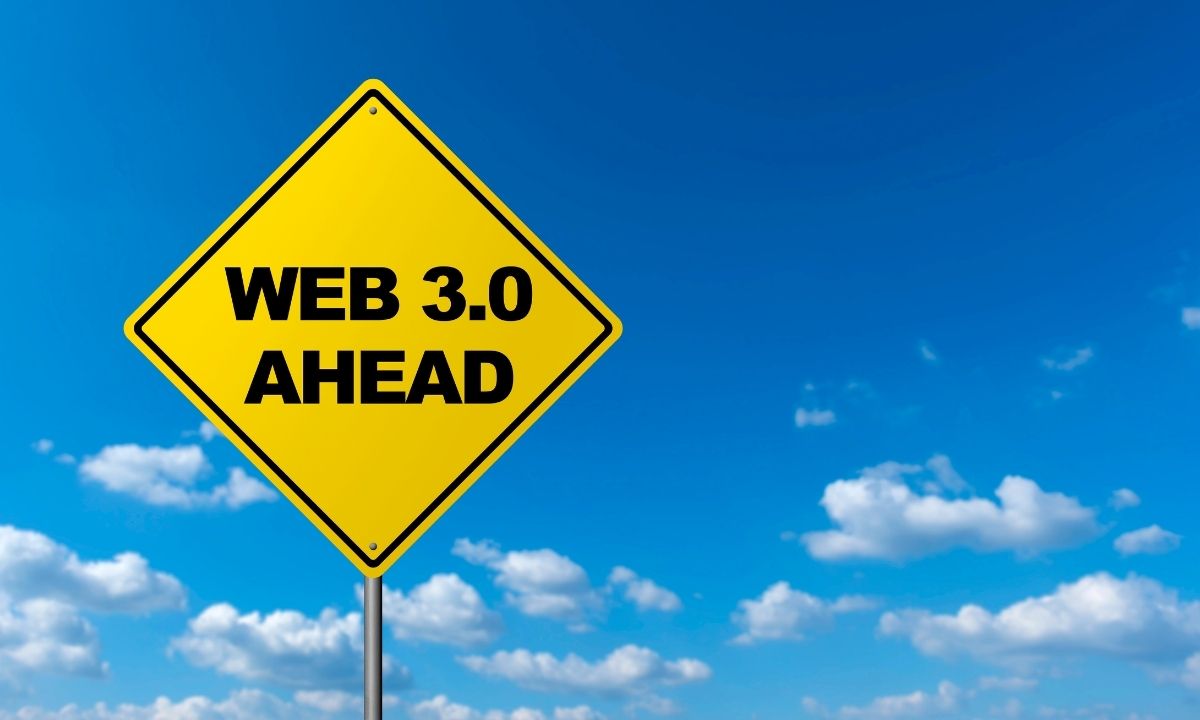 The latest buzzword to hit the cryptocurrency space is Web3. The term refers to the third generation of the internet, which will be decentralized, peer-to-peer, and universal. It will have a suite of applications that are not owned or operated by any one entity. Think: Facebook without Mark Zuckerberg.

The term has been growing in popularity since the end of 2017, and companies like Coinbase and ConsenSys have spoken about it extensively.

Web3 is a term used to refer to a proposed new internet that would be built on the principles of decentralization and cryptography. This means that Web3 would be an internet where users could interact directly with each other without the need for intermediaries. It would also be an internet where all transactions would be encrypted, making it difficult for hackers to steal information.

Web3 is different from other platforms because it would allow financial assets, in the form of tokens, to be integrated into most activities that take place on the internet. This makes it a little weird, as it would essentially create a financial system that operates in the background of most online interactions.

Its supports say Web3 is different because it would build financial assets, in the form of tokens, into the inner workings of almost anything you do online. This would replace corporations with decentralized, internet-based organizations governed by software protocols and the votes of token holders.

The skeptics take Web3 to be a long way from proving its use beyond niche applications for many of the tools aimed at the traders. They also say that this is an attempt to get around regulation, which is currently being set by policymakers in order to set clearer rules for the cryptos.

The mix of creativity, technology-utopianism, and financial engineering are what makeup Web3. However, critics take it to be far from complete in terms of providing quality services to the people who are not part of the traders’ community.

Keep reading for everything you need to know about Web3, and how it is different from Web 2.0.

Evolution Of The Web

The World Wide Web is an internet that was developed by Tim Berners-Lee and the people working with him. This internet consists of a number of web pages with information. These web pages are made up of text as well as images and videos, all of which are available for viewing on the internet.

The World Wide Web (WWW) is a system of interconnected internet servers that allows users to access information and resources from all over the world. The WWW is often referred to as the internet, and the two terms are essentially interchangeable.

The first part of a web address (before the “/”) is called the domain name, and it uniquely identifies a particular website. Tim Berners-Lee is generally considered to be the inventor of both the Web as well as its core technologies, such as hypertext markup language (HTML) and hypertext transfer protocol (HTTP).

WWW refers to the global “web” of information and resources interconnected through hypertext links.

Berners-Lee had been at the forefront of internet development for decades. He helped pioneer three key technologies that are now foundational to how we use and think about our world wide web:

When Web browsers like Netscape Navigator came out, they heralded in what we know today as “Web 1 .0.” This era saw static pages pulled off servers and obtained by downloading them onto your computer or phone–a far cry from how content looks nowadays.

Most people were delighted with features such as email (which didn’t exist before) but there weren’t many opportunities for interactive applications.

Web 2.0 is a term used to describe a shift in how the internet is used. This shift is marked by a move from static, bland web pages of Web 1.0 to websites that are interactive and social. It has revolutionized the way people get information, making it possible for user-generated content to be viewed by millions of people around the world virtually in an instant.

Web 2.0 has seen exponential growth due to a number of key innovations. These include increased access to mobile internet, the rise of social networks, and the proliferation of powerful mobile devices. This has enabled apps that greatly expand online interactivity and utility. Some examples include AirBnB, Uber, WhatsApp, and YouTube, Facebook (now Meta), Instagram, TikTok, Twitter.

Apple, Amazon, Google, Facebook, and Netflix –these five American companies are at the top of Web 2.0-centric industries, producing phenomenal revenue growth that has made them among some of America’s biggest companies by market capitalization.

Web 2.0 companies have made it easier for people to find part-time or full-time work by allowing them to sell goods and services online. This has led to the growth of the Gig Economy, where people can earn an income by driving, renting their homes, delivering food and groceries, or selling different items online.

Web 3.0 or Web3 is the next step in the evolution of web technology that could potentially be just as disruptive and transformative as Web 2.0 is. Web 3.0 builds off these core concepts – decentralization (the network effect), openness(more user utility), and being user-friendly.

Tim Berners-Lee has expounded upon some of these key concepts back in the 1990s, including decentralization, bottom-up design. He is the inventor of the web.

Bottom-up Design: “Instead of code being written and controlled by a small group of experts, it was developed in full view of everyone, encouraging maximum participation and experimentation.”

Berners-Lee in 2001 discussed the concept of the Semantic Web. Computers have no reliable way to process the semantics of the language. This is because they are unable to figure out the context in which a word or phrase is used.

He created this idea to bring structure to the meaningful content of web pages so that it can be processed by software. One of the main goals for this vision was to enable software that would carry out sophisticated tasks for users.

The web 3.0 concept is much more recent than the original conception of the Semantic Web as envisioned by Berners-Lee in 2001. This is partly because it is incredibly expensive and monumentally challenging to convert human language that computers can understand without difficulties.

What Makes Web3 So Unique

Web3 is the third generation of the internet, and it has a few defining features.

Currently, there is a massive centralization of databases on the web. Web3.0 will break down the massive databases that are currently being held by big companies like Facebook (now Meta) and Google. These databases are extremely valuable to these companies making them very rich.

Decentralization will hand greater control to the users of the web, who are being exploited by the monopoly system that is currently in place. It will also prevent these companies from becoming even richer than they already are.

Web3 envisions a system where information will be discovered through content instead of having to remember one specific address (URL). In this way, information would be decentralized. If information were stored in multiple locations simultaneously it could not be easily deleted by the group that stored it.

Web3 distributes data generated by mobile phones, computers, and more to users on the internet through decentralized networks without any central control. It is not just an upgrade on web 2.0 but it also has some new features that will enable the generation of new forms of data with different usability and accessibility across different platforms.

Web3 applications will either run on blockchains or decentralized peer-to-peer networks because they are trustless and permissionless. This means that participants can interact directly without going through a trusted intermediary, and anyone can take part without being authorized by a governing body. As a result, these applications will be more secure and efficient. These decentralized apps are referred to as Dapps.

The interconnectedness of the World Wide Web is evolving with the third iteration or Web3. With this version, information and content are more connected and accessible by multiple devices and applications. This allows for a more seamless and ubiquitous experience when accessing online content. Additionally, the number of everyday objects that are becoming connected to the internet (i.e., the Internet of Things) is increasing, which provides even more opportunities for users to interact with the web.

Web3 will go beyond the ideas of Web 2.0 to create a more intuitive, interactive experience for users by using technologies that are based on Semantic web concepts and natural language processing. However, Web3 also has other features such as widespread use of AI and machine learning, which make it possible to build trustless/permissionless systems like blockchain.

With the coming of Web3, we can expect to see a great leap forward in terms of user utility and experience with applications that go far beyond social media or streaming services like Netflix; capable technologies such as AI will make their way into our day-to-day lives through this new technology’s capabilities for machine learning while Semantic web may very well revolutionize how information is shared on these platforms by providing greater context about what each item represents.

These technology giants are getting near-monopolies through exploitative advertising and marketing practices. This is all about to change, thanks to Web3.

As time has gone on, there have been many advancements in technology over the years. The first internet was created with only text and images. This started out as an interesting experience but soon became monotonous. The second web (Web 2.0) was when color and basic 3D were introduced into the internet, adding more depth to what you see on your screen.

Web3 is where you will be able to experience immersive environments in one place- the metaverse- without ever having to leave your home.

The term Web3.has been used to describe a variety of concepts that have many different meanings associated with them, but all relate back to the future of the web and the internet. Web 3.0 is a concept that is starting to be realized with advancements in technology such as virtual reality and artificial intelligence, which will make for much more immersive environments.

What Is Secret Cryptocurrency, And How Does It Work?