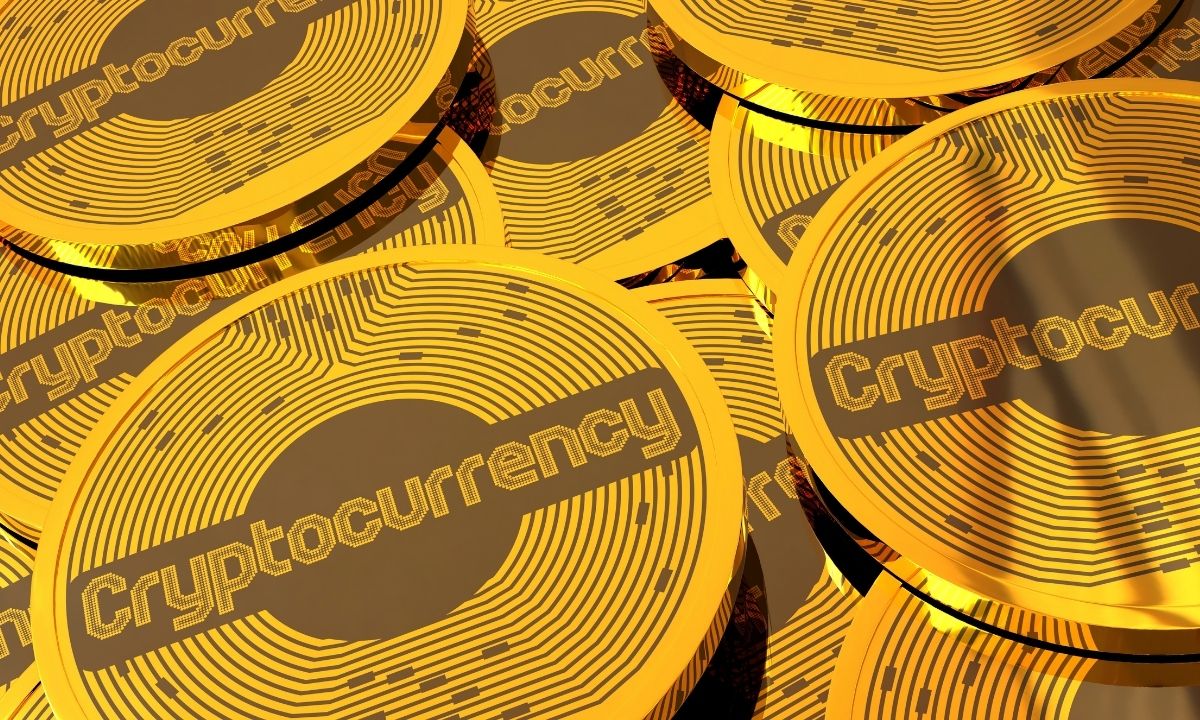 Dai cryptocurrency is an algorithmic stablecoin developed by MakerDAO, using an Ethereum-based protocol designed to maintain an exact one-to-one ratio with the US dollar. DAI is used to borrow and lend cryptocurrency assets while eliminating intermediaries. As a result, it facilitates a system that does not require authorization, thus reducing its restrictions and enhancing transparency.

The Creation And Issuance Of DAI

MakerDAO is an organization launched in 2015 with Rune Christensen as its founder and CEO. However, Maker Protocol, the architecture behind the DAI stablecoin, was released in December 2017.

MakerDAO’s model of DAI cryptocurrency is different from other established stable coins on the market. Dai is the only cryptocurrency that features an unmatched degree of differentiation. Unlike stablecoins like Tether, which provides access to cryptocurrency managed by a central corporation and backed by flat assets, no single entity regulates or controls DAI. Instead, traders seeking to hold DAI submit Ethereum assets in the form of a contract, thus leveraging them as collateral to maintain DAI’s peg to the dollar.

When MakerDAO launched DAI, it only supported Ether as its collateral. However, DAI now supports several cryptocurrencies, including COMP, wBTC, ETH, USDC, and BAT. Therefore, it provides more options than most stablecoins that focus on a single flat currency.

The increased numbers of currencies that can be collateralized with DAI enhance its price’s stability and diminish risks to users. Similarly, the DAI community is constantly adding more currency options that will further improve buyer and seller experience.

Finally, individuals holding DAI tokens can earn interest on their DAI because it allows them to act as guarantors for the currency and set savings rates. Additionally, DAI’s MKR tokens can be liquidated if the system crashes. All in all, its structure encourages guarantors to sustain the proper functioning of the system and its tokens to reap endless benefits.

DAI is currently one of the most desegregated digital assets in the blockchain ecosystem. Users can use DAI for several purposes, including transacting in blockchain-based games and decentralizing finance applications.

Maker DAO is the name of the digital bank that issues DAI stablecoins backed by other cryptocurrencies. Maker DAO’s system is decentralized, run by small contracts, and depends on the Ethereum blockchain.

MakerDAO’s system is exemplary because of its strategy that adopts over-collateralized lending. The organization obligates users to deposit more than they borrow, thus lessening their risk. For example, when you borrow 500 DAI, you will pay up to 1.5 times its value because cryptocurrency markets are volatile and can lose value in significant percentages overnights. This strategy is also beneficial to users as it prevents the loan’s dramatic price swings and potential liquidation.

Maker’s secret of prosperity lies in its vault system. Its vault resembles a processing plant where DAI is created depending on the deposited collateral. All transactions in the vault are decentralized, transparent, and auditable by any party because Ethereum blockchains support the processes.

When you deposit supported cryptocurrency collateral on Marker’s vault, it automatically opens a vault position. In turn, the vault allows you to withdraw DAI coins with respect to the value of your collateral. On withdrawal, the vault mints the DAI tokens and introduces them to the circulating supply. Finally, the vault position is destroyed when you repay the borrowed DAI, and the DAI is removed from the circulating supply.

Subsequently, Maker vaults require users to over-collateralize to protect themselves and their investments. For example, if you have ETH as collateral, currently trading at $2000, you must deposit 2.25 ETH to receive 3000 DAI coins.

The primary purpose of over-collateralization is to minimize the risk of liquidation. When your collateralized assets face the risk of dropping below the value of the loans, lenders often liquidate the assets to repay themselves and avoid losses. Nonetheless, Maker uses several volatile cryptocurrencies as collateral, meaning that it requires more cushioning to keep DAI solvent.

As soon as you create your Maker vault position, you can use your DAI coins like regular cash to make purchases on various platforms. Luckily, DAI is widely accepted across cryptocurrency exchange platforms, making it easier to purchase more cryptocurrencies using the coins.

DAI’s value is correlated to the US dollar. Therefore, its increased price stability motivates investors to perceive it as a reliable solution for long-term asset storage and an efficient option for day-to-day financial transactions. Consequently, DAI has substantially expanded cryptocurrency systems and the utility of blockchain technology.

The main advantage of DAI is its stability. DAI is highly stable, thus allowing individuals in locations with unstable economies to access an alternative currency and benefit from financial inclusion.

Additionally, Dai has no minimum deposit requirements. Unlike most financial institutions and banks that require people to have a minimum deposit to be eligible, DAI does not have these limitations, thus allowing anyone worldwide to open an account and transact.

DAI is also permissionless and transparent, contributing to its decentralization and freedom. As a result, the system ensures that users have unlimited access to their wealth around the clock. Governments in nations like Zimbabwe and Myanmar are known to impose limitations on individuals’ ability to access their finances by setting daily, weekly, or monthly limits on bank accounts.

DAI also benefits its users by providing an opportunity for income generation. The DAI Savings Rate is a system that allows users to leverage tokens using interest generation and lockup strategies. In addition, DAI leverages its network’s consensus mechanism because it is built on the Ethereum blockchain. Therefore, it does not have a system-dedicated staking mechanism.

However, Maker enables DAI token owners to earn by depositing the tokens into a smart contract. The smart system effectively secures the investment but allows the user to transact and withdraw at any time without withdrawal limits.

DAI transactions are also cheap and fast compared to other financial solutions. In many cases, international money transfer fees are unusually high and may take time to process. However, DAI has standard transfer charges and quick processing, thus allowing global transfers to be more efficient and transparent.

Maker’s vault system is always on and available for transactions on demand. Additionally, the system does not waste time processing and finalizing a trade because of its dependence on the Ethereum blockchain. Unlike financial institutions that only work during business hours, DAI allows its users to transact at any time of the day, all through the year.

DAI is also highly secured compared to most cryptocurrency solutions. MakerDAO occasionally evaluates the platform using extensive research and audits to maximize the robustness and safety of the forum. Additionally, the platform’s developers always verify all contracts and protocol mechanisms that constitute the system’s internal structure to ensure optimum functionality.

How Do You Mine DAI?

DAI’s mining options differ from most common cryptocurrencies. For example, unlike Bitcoin, which has 21 million units that prevent mining once all of them are in circulation, DAI’s supply is not restricted, limited, or pre-determined. This feature also contributes to its stability.

DAI users can access the cryptocurrency as long as there is demand. As a result, the system always has the required amount of DAI and not more or less, thus helping it to sustain its value.

Initially, individuals could obtain DAI loans using ETH, leading to “Single-collateral DAI “. However, when users join the DAI ecosystem, they retain the value of their ETH. It is just locked up in the form of smart contracts that generate equally valued DAI coins. This ETH is locked until the borrower pays back the loan plus interest. Once the repayment is finalized, a user can withdraw the ETH or transact again.

MakerDAO approved a second cryptocurrency known as BAT in 2019 to make DAI multi-collateral. Unfortunately, the market suffered from extreme volatility in March 2020 that adversely affected DAI. As a result, many user accounts became under-collateralized, forcing the system to recapitalize using debt options and MKR tokens auctions. Subsequently, MKR holders decided to designate more crypto-assets as collateral, allowing them to share their ETH based on their ability to generate DAI coins.

What Is The Total Supply Of DAI?

By July 21st, 2021, there were a total of $5.48 billion DAI circulating the market. However, the number fluctuates depending on ETH loans and approved digital currency assets used to fund the system.

How Can You Buy DAI?

You can trade DAI on various cryptocurrency exchange solutions like Kraken and Coinbase. Additionally, the Maker system is supported by several apps and services, all listed on the currency’s website.

MakerDAO determines the fees and expenses of trading each collateral type because they have different stability levels. Therefore, as long as a user deposits collateral to take out DAI coins, a small interest accumulates on the collateral amount annually in DAI.

A Brief History Of Cryptography: Tracing Its Journey From Ancient Days To Computer Age