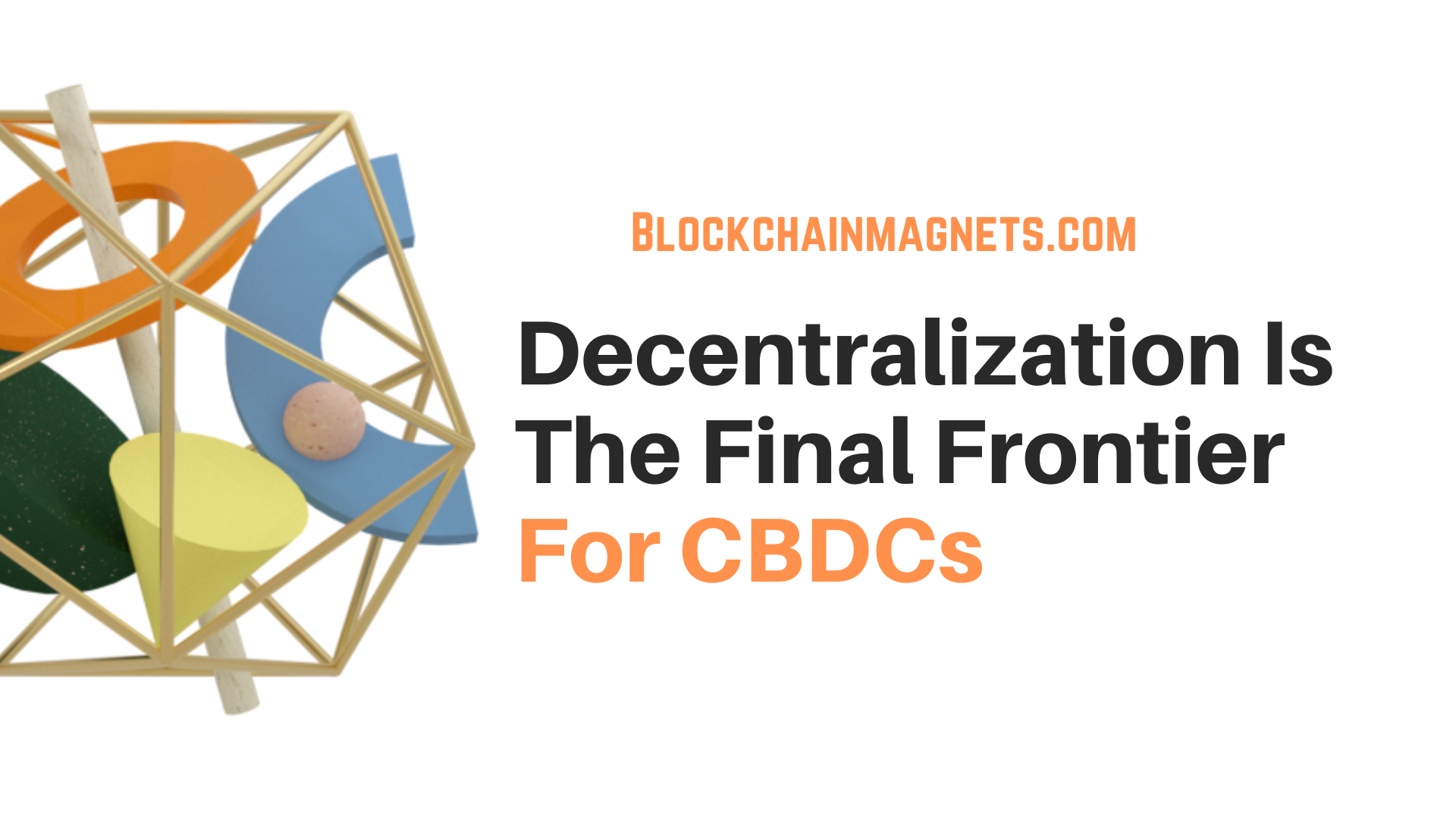 Central banking digital currencies (CBDCs) are gaining popularity in the global financial landscape in the last few years. This has led almost all major banks to research the risks and advantages of offering digital currency to people.

In simple language, CBDC’s is a digital representation of fiat money and is backed by monetary reserves like gold and foreign currency.

Each of the CBDC units is like a secure digital instrument, and you can use it as a payment mode, store of value, and official unit of account.

What separates them from stablecoins is that government backs them, and a central bank issues them to regulate any frauds.

China’s digital currency electronic payment or DCEP project is the most advanced CBDC, which was rolled for testing across regions of the country.

As the country gets ready to release digital yuan before Winter Olympics next year, China aims to become a global leader in digital currency sector as well. The digital yuan was limited in its scope of use in the initial month, however, its expansion was quite explosive in the next few months.

Digital currency was utilized for many large-scale digital transactions like online shopping and ATM withdrawals.

In order to help people, grasp the value offered by CBDC’s Chinese government is engaging with many educational blockchain projects. The aim is to guide its population to understand decentralized technology, smart contracts, and other aspects of this growing space.

At present, for CBDC to be adapted by any state, it has to adhere to the region’s monetary policies. Central banks are still quite suspicious about the digital assets as they bring a level of decentralization into the system that challenges the manner in which the governance protocols work at present.

For the governments who want to digitalize their economies through the adoption of CBDC’S, it is evident that for these options to succeed, they have to benefit from a significant aspect of the cryptocurrencies, i.e., decentralization.

Though most of these CBDC projects were envisioned to enable peer-to-peer transactions, they use governance frameworks that are authoritarian or controlled by a single body.

However, the public trust in banks and governments is eroding; customers have no incentive to adopt CBDC’s

Therefore, there is a big question on if there is a single window of opportunity for decentralized digital currencies. There are already multiple solutions in the market that help make the vision a reality.

There are blockchain ecosystems in place that are provided with decentralized digital identity options that allow all banking institutions to simply and efficiently weed out the identity of people supposed to have committed privacy theft of CDBC users.

These platforms do not need the users to upload any information directly into the server but upload encrypted data that is transmitted through a secure end-to-end encrypted network that could not be understood.

What is more problematic is that these frameworks only allow the CBDC to function in a totally transparent manner. This can simplify the process of creating logic contracts and instruments like bonds, derivatives, etc.

Here’s Why Decentralization Is better

The most common architectural design for the retail CBDC’s is seen in the form of a permissioned distributed system that may or may not reside on a blockchain.

These systems have a single point of failure, and since CBDC’s are expected to benefit the country’s economic growth, the risks have to be minimized. If we devised the CBDC in a distributed fashion, all these risks would be eliminated from the scene.

Another aspect we can keep in mind is that all these centralized blockchains are pretty slow, thus using decentralized solutions like the distributed ledger technology will help to make these CBDC transactions streamlined and quick.

To support these digital currencies, the transaction speeds have to be very efficient, or else the payment system that is dependent on the tokens will mostly not succeed.

This helps in averting many data breaches that occurred in the past, which could be catastrophic if they would have stored the funds in one place.

ECB wants veto powers over stablecoins operating in the eurozone

An argument given for decentralization of the flat-backed cryptocurrencies is that many more countries have started to use CBDC’s and stablecoins, banks all around the world would try to make their regulatory expenses on these offerings restricted, as they could reduce their control over the banking, supply of money and payment.

Continuing on this, the European Central bank told the EU lawmakers that it requires absolute veto powers when considering the launch of stable coins like Facebook’s Diem in the Eurozone. They also wanted a more significant role when talking about the supervision and regulation of any digital assets.

EU members have thus started working to create a comprehensive set of rules with regards to the governance of the crypto assets-like including the stress tests and the capital and liquidity requirements since last September. As per one of their recent guidelines:

“Where an asset-reference arrangement is tantamount to a payment system or scheme, the assessment of the potential threat to the conduct of monetary policy, and to the smooth operation of payment systems, should fall within the exclusive competence of the ECB.”

Even ECB is working on creating their own digital Euro, and this asset would mostly enter the global financial ecosystem through regulatory scrutiny and testing in the next four years or so.

Want To Elevate Your Career In Financial Services? Acquire Skills In FinTech

Explore The Market Of Online Stock Trading With 5Paisa

Top Marketplaces To Mint And Sell Your Digital...

Deloitte Finds Blockchain Is Being Taken Seriously By...