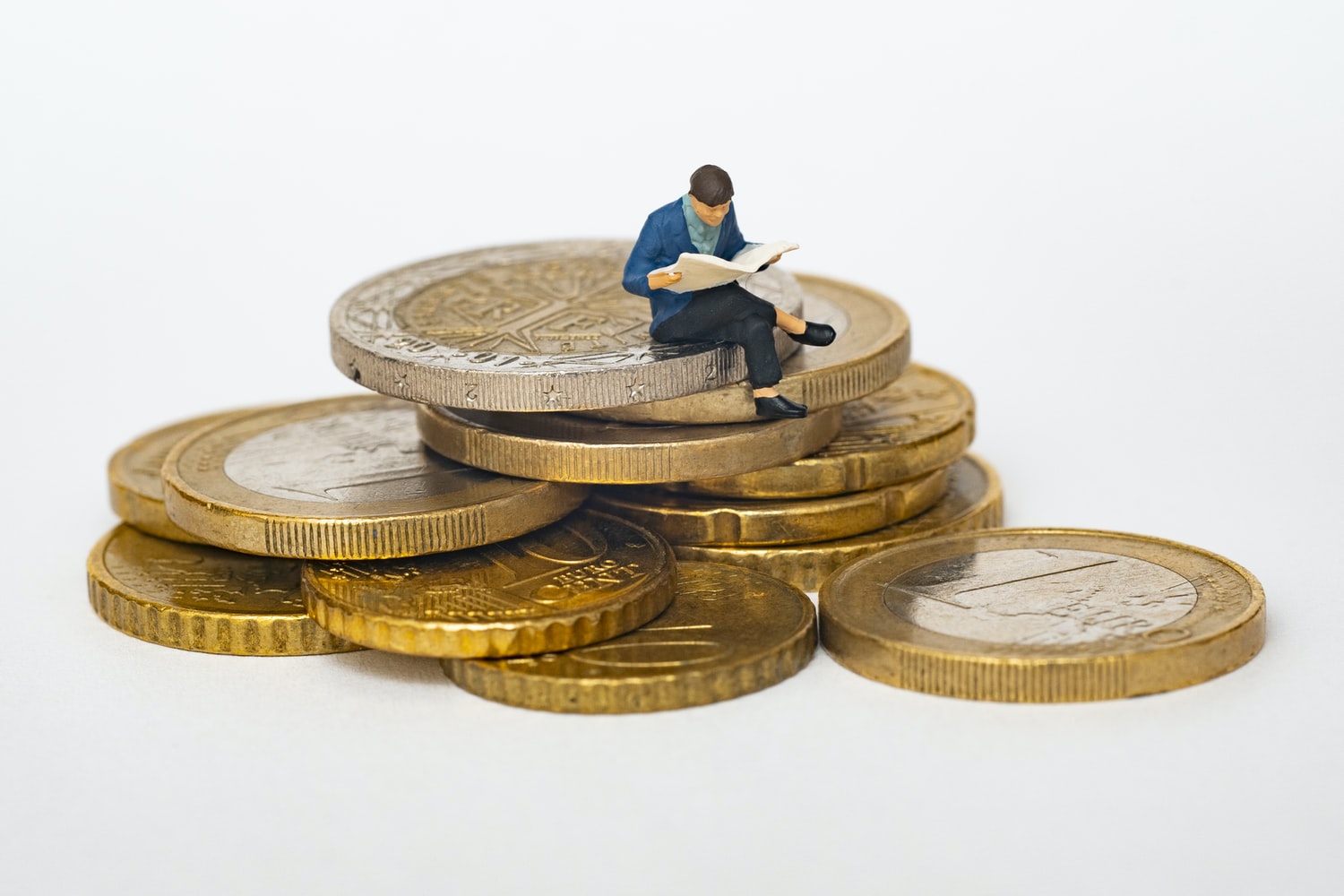 Despite the recent slight recovery of the cryptocurrency market, there is no denying the fact that the crypto industry has been faced with a great deal of volatility over the last few months, made evident by the total market capitalization of the sector that dipped from $2.5 trillion to $1.18 trillion over a 45-day span earlier this year.

Despite all the ups and downs, 2021 has seen an increase in capital entering this rapidly-evolving market. For example, reports indicate that over the first half of the year alone, venture capital (VC) funds poured in $17 billion into various crypto-related startups and companies.

The above-mentioned figure is the highest ever recorded in any given year, and it is almost equal to all the previous years’ total. Johnny Lyu, CEO at cryptocurrency exchange KuCoin said to Cointelegraph that early-stage cryptocurrency investors have already reached profitability and are well versed in the development rules of cryptocurrency markets. They are willing to invest, despite fluctuations in the market.

Lyu further opined that for traditional investors, the crypto industry allows them to obtain higher returns in a shorter cycle, citing the volatility of Bitcoin (BTC) as an example of the same. Investors will benefit from volatility in the market.

Take A Closer Look At These Numbers

One deal saw the Bullish cryptocurrency exchange draw $10 billion in cash, digital assets and cash following an initial investment by Block.one, $100 million, 164,000 BTC and 20 million EOS tokens. Along with Peter Thiel and Alan Howard, Galaxy Digital, and other investors, Block.one was the main sponsor of the capital raise.

This deal alone would have made 2021 the largest year for venture capital investments in crypto. However, the $7.2 billion remaining would have equaled 2021’s record of $7.4 Billion raised in 2018. That’s even more remarkable considering there are five months left before the year ends.

Igneus Terrenus is the head of communications at cryptocurrency exchange Bybit. He said that these numbers are not surprising since VCs are well-known for their appetite for risk. “VCs are leveraging a relatively plentiful and fungible resource, i.e. capital, to tap into something far scarcer, unique, and that is partners and talents with which they can create long-term value together.

A little over a month ago, Silicon Valley-based venture capital firm Andreessen Horowitz announced the launch of its $2.2 billion crypto fund, with a spokesperson claiming that the company was “radically optimistic” about this space despite the price fluctuations. According to Katie Haun and Chris Dixon, “We believe that crypto will drive the next wave in computing innovation.”

It should also be noted that Andreessen’s initial crypto-focused fund was launched almost three years ago at a time when market levels were at their lowest. This demonstrates the firm’s long-term view in relation to this still-emerging industry.

Similarly, Fireblocks, an infrastructure provider for digital assets, revealed that it had been successful in raising $310 million in a Series D round of funding, thus bringing the company’s total valuation to a whopping $2 billion in a period of less than six months. Institutional giants such as Sequoia Capital and Stripes, along with the venture arm at Thailand’s oldest bank Siam Commercial Bank, led the fundraiser.

Solana is a project that aims to provide high transaction speed and scalability. It also announced recently that it had closed a $314.15million private token sale. This makes the nine-figure sum the fourth largest in crypto industry history. Alameda Research, Polychain Capital and Blockchange Ventures are some of the investors in the company.

Cryptocurrency exchange FTX too recently closed a $900 million funding round, which saw a total of 60 participants, including Softbank, Sequoia Capital, Coinbase Ventures, Multicoin, VanEck and the Paul Tudor Jones family. The trading platform’s value has risen to $18 billion, from $1.2 billion a year earlier. This makes it one of the most valuable cryptocurrency companies worldwide.

Lastly, Dapper Labs, the team behind CryptoKitties and NBA Top Shot, secured about $305 million in new funding this March from a number of past and present NBA stars including the likes of Michael Jordan, Kevin Durant and Alex Caruso, and other investors including The Chernin Group and Will Smith’s venture capital outfit Dreamers VC. Dapper Labs is now valued at $2.6 billion, according to reports.

Are There More Institutions Looking For Money?

Cointelegraph spoke to Antoni Trenchev to gain an understanding of the future prospects for crypto-finance capital. He is the managing partner of Nexo, a provider digital asset services. He believes that the crypto-finance industry has enormous potential. Digital currencies, which allow for unprecedented levels of inclusion for the poor, are just a few examples. He also said:

“The deals that we see right now — such as Fireblocks buying $310M and SoftBank investing $200M into Brazilian crypto exchange Mercado Bitcoin – are made by billion-dollar money managements after months of boardroom discussion and a result of long-term strategic decisions instead of momentary judgment.”

Not only that, fintech firms currently seem to have an unprecedented opportunity to build upon their existing client bases by offering modern products and services that users and companies really need, especially those that can serve as hedges against inflation — fears of which are looming large on the horizon all over the world.

Hashed’s CEO Simon Kim believes that VCs are only now beginning to see the intrinsic value of crypto projects. It was hard to justify the high price of tokens most blockchain projects have created over the years.

“Ethereum facilitates millions of transactions through numerous DeFi and metaverse games, as well as NFT services that are built on top of it. More than 20 million active Ethereum user accounts are currently online. DeFi tokens have a greater intrinsic value than Ethereum and Bitcoin.

He also highlighted the fact that many of today’s crypto projects have a solid foundation, with the right business model and data. This is similar to how Google and Amazon grew during the dot-com boom. This is why VCs have started to invest in crypto projects. Kim said that they now believe the space could hold the next Google, Amazon, and Facebook.

Lyu explained that the increase in VC investments can be attributed in large part to the growing number users who have apparently flooded into various centralized and decentralized exchanges in recent months. He added: “Some popular DEXs like Uniswap or PancakeSwap exceed traffic numbers associated with some of the leading CEXs.”

Despite the COVID-19 pandemic that has had the global economy in a sort of standstill over the last year and a half, reports suggest that global venture capital funding over the first half of 2021 has shattered all previous records, with the figure now standing at $288 billion. That’s more than $100 billion when compared with the last six-month cycle record that was set during the second half of last year.

Cointelegraph spoke with Jehan Chu, the Managing Partner of Kenetic, a venture capital company investing in blockchain companies. He said that investors are being forced to take more risk to find alpha. Despite ongoing uncertainty regarding the future of crypto, there is no other choice than to invest in it.

“Fortunately, crypto and blockchain technology have moved from being a circus show to a predictable future. So confidence in the underlying companies has never been higher. Investors have also been able to access a lot of the cheap money that has come from the U.S. printer press. Capital has never been greater and traditional financial management and partisan politics have weakened the traditional gates.

As a digital future becomes closer, crypto tech will likely grow in popularity. It stands to reason that traditional financial players will continue to enter this market to help it grow.