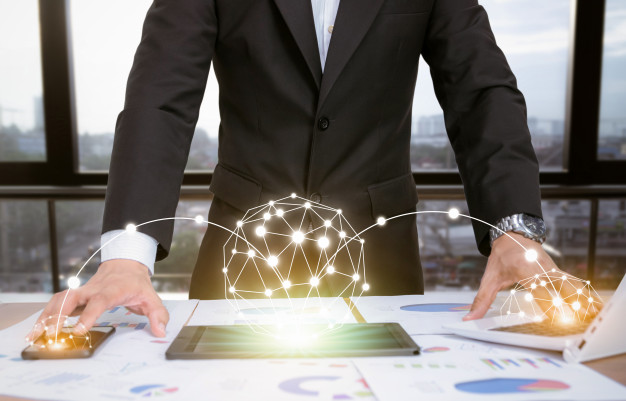 Blockchain has been in the news for quite some time now and its time it starts getting its due. Telangana state has collaborated with Tech Mahindra and launched a blockchain accelerator in the self-created blockchain district. This T-block accelerator is an inaugural concept and an innovation management company named IBC media is calling the shots.

Around 25 start-ups would get the opportunity to be a part of this event. They will have to pitch in their ideas which would then be analyzed. Out of them, only 5 would actually be shortlisted for the next phase of mentorship. As per the state website this initiative is targeted for start-ups with strong blockchain use. The program’s intention is to guide each of the start-ups selected into a path of execution of their ideas till they reach the stage where their efforts can be invested into.

The start-ups which are eventually selected would get a chance to be mentored by experts from IIT Hyderabad, C-DAC, Telangana government, and Tech Mahindra. As per Rajesh Dhuddu, Blockchain global practice leader of Tech Mahindra this program intends to bridge the gap that start-ups with strong blockchain use cases feel while trying to take their first steps in the field. Basically, they are looking for a seed-stage start-up that has an innovative idea to present. It should be working on a blockchain use case and must have a great team that strives hard to turn dreams into reality.

Registration for the camp started this week and the response is overwhelming. The initial phase has a one-week boot camp which would be followed by a training program. This program would be for 4 weeks and is supposed to be rather intensive. The intention is to make the participants work hard so that only the deserving candidates get to move on to the next level of mentorship. This program is supposed to include workshops, presentations and discussions all with the aim to inculcate self-learning.

The Telangana state government had joined hands with Tech Mahindra in 2018 and the reason was a desire to build world-class infrastructure pertaining to blockchain development. Last week saw the Indian national institute for a smart government unveiling a paper on “National strategy on Blockchain.” The institute was given the responsibility of preparing this policy document by the National e-Governance division.

Niti Aayog the Indian Governments policy setup has also published a document citing the ways in which blockchain can be used to enhance the growth possibilities for India. Naturally, the desire is to explore all avenues of growth that can be opened as blockchain makes its presence felt in a vast country like India.
The initiative taken by the Telangana government is the first step taken in that direction.

A merger of some of the best minds together would naturally give the start-ups a chance to showcase their true potential. It would definitely pave the way for them to move ahead with the plans they had in mind when they started off. Hopefully, this would give a few of them a strong foothold in the blockchain scheme of things.