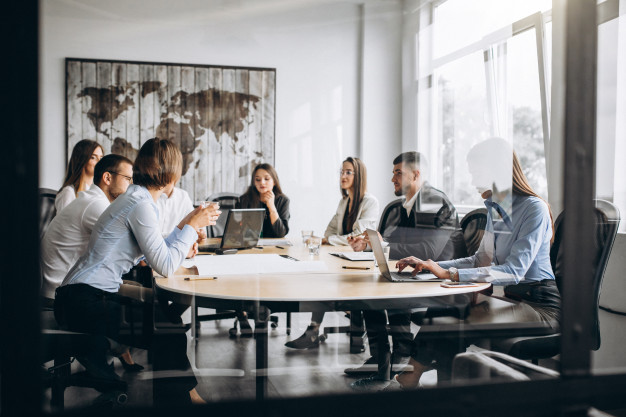 Virginia Rometty, the CEO of IBM has announced that the company is going to hire around 1,800 people for the new jobs in France.

She says the company is on the verge of developing the AI (Artificial Intelligence), IoT (Internet of Things) and as well as blockchain technologies altogether. According to the report, she announced in on May 23rd, 2018.

IBM has announced that all of these 1,800 jobs will be spread over the emerging initiatives taken up by the company and most of them are revolved around the distributed ledger technology.

It has been only a while since the American multinational technology company has revealed the salt-grain computer, which is exclusively designed to spread the blockchain technology to the crowd.

IBM, after knowing that has said that the company will be introducing more technological initiatives. The news has first appeared on NewsBTC, where the French Hiring Spree is listed as a method to launch the blockchain technology.

This announcement has been first made at the summit titled as Tech for Good, at Paris. The summit is held by President, France Emmanuel Macron and a lot of technologically leading companies have attended it.

The idea behind the hiring spree is to make France, a hub of excellence dedicated to the artificial intelligence. The tech giant has thought by hiring 1,800 specialists over the three departments, one can take the technological game up. Out of the 1,800 jobs, 400 of them will be research oriented and will be dedicated to expanding the operations. IBM is collaborating with other clients like Orange Bank, Credit Mutuel, SNCF, Generali and also LVMH.

It is known to us that the Americans classify jobs as white collar and blue collar, based on the job role. Rommetty said that these 1,800 jobs will, therefore, be considered as new collar jobs that contain extensive training program before they are put to work.

IBM has been focusing on the blockchain technology and its involvement in the modern day world. It has previously identified the technology and how it can be applied to various projects.

In January, the company even collaborated with a Maersk transport and logistics company in order to introduce the blockchain based supply chain and shipping venture. The goal of this project is to commercialize the blockchain for the entire global supply system.

The involvement of the giant, IBM has also announced the smallest computer. Rometty said that this computer will use the blockchain technology which will be involved in the everyday activities.

Within five years, the cryptographic anchors like the tiny computers or ink dots which are smaller than the salt grains will be indulged in the everyday devices and objects.

Last month, technology and payments company MasterCard has also announced the hiring of 175 new employees in Ireland including specialists so that they can increase their blockchain presence in the nation.

IBM has previously partnered with the Veridium labs in order to tokenize the carbon credits so that the carbon emissions and trade credits can be evaluated. By this, one can know and understand the enthusiasm IBM has been showing in blockchain technology.

A Beginner’s Guide To Understanding Of Cryptocurrency Tokens